The three large Pacific Ocean maps in Auckland’s War Memorial Museum were old and looking increasingly tired when Paradigm was asked to update and redesign them. Much new material had come to light since the originals were installed and the museum was keen to incorporate the latest research especially the ‘discovery’ of Aotearoa New Zealand, the greatest feat of navigation in history, Alongside this discovery was new research using similarities in Pacific languages that added further evidence to our Polynesian ancestor’s island-hopping skills. To demonstrate language connections we designed and built a hexagonal interactive out of engraved swamp kauri so the viewer can easily see these common threads. 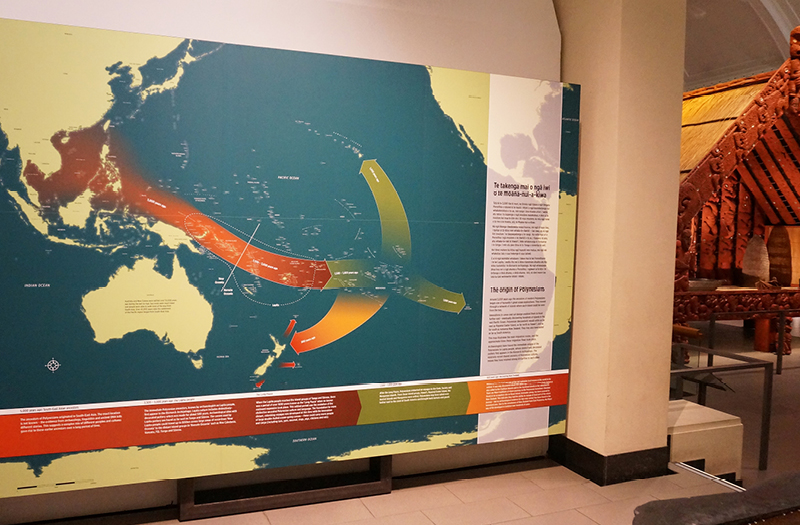 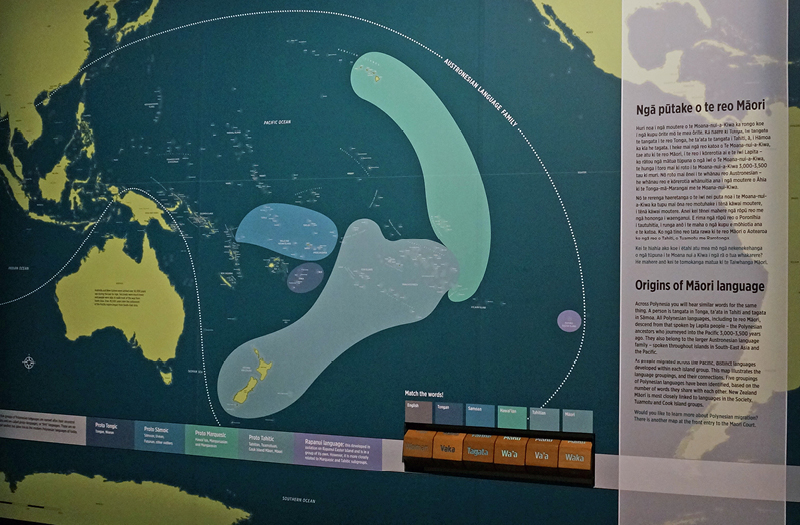